What should I pay attention to when replacing the slewing bearing? 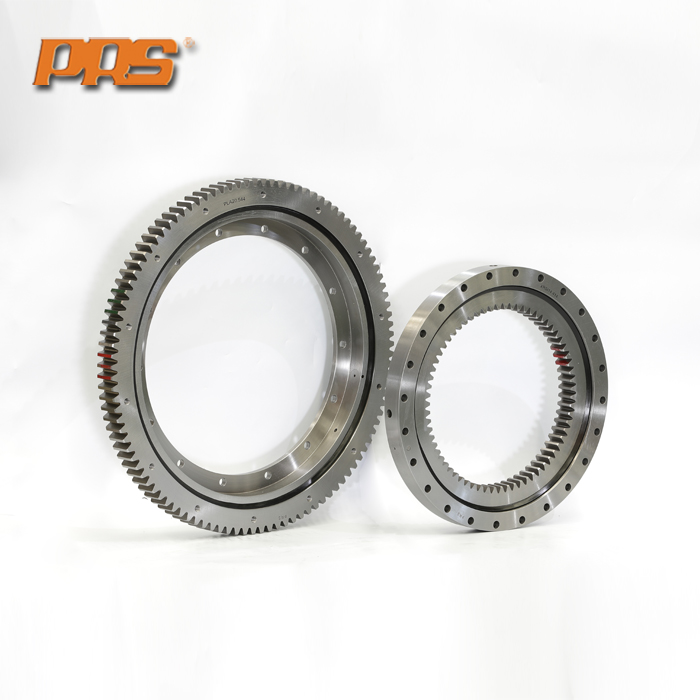 3. The lubricating oil channel cannot be refueled, and the slewing bearing is stuck;

4. The cracking sound of the slewing bearing means that the isolation block, steel ball, roller or channel loss is large;

5. When the slewing bearing parts are disassembled, if the taper pin is not easy to be taken out, generally speaking, the head is reversed; when the taper pin is difficult to pull out through the threaded hole, the next steps are:

a. Change to a more gravitational rear fall to pull;

b. Example of using hydraulic jacks at both ends at the same time;

c. Effectively expand the screw hole of the plug to increase the pulling force;

d. The large diameter bolt of the drilling machine is then pulled out through the rear drop;

e. Destructively remove the plug and process a new plug.

It should be noted that these more professional repair work is carried out in the factory, and there are remedial measures, which play a protective role in repairing the slewing bearing. Road, replace the seal, the slewing bearing is able to be put back into service.

How to improve the service life of robot bearings

What are the effects of heat treatment on crossed roller bearing materials?